I am a sucker for those 3 ingredients creamy casseroles at potlucks, but they are not something we make at home because we do not normally buy condensed soups.  I have seen a few other bloggers use their own versions of this casserole staple, and when I saw a homemade version from Pinch of Yum for cream of chicken I was sold on giving it a try.  This recipe makes the equivalent of two cans of soup, but can be easily halved if you only need one.  One point of this recipe, when it is done cooking it is important to allow it to cool a bit because it will thicken as is cools and the texture will be closer to the traditional cream of chicken soup. I made this soup for a few upcoming posts and have really enjoyed re-making a few old classics like company potatoes and chicken noodle casserole.
Tonight I am headed to a fundraiser for an Attorney General candidate.  In Wisconsin, there are many women on the ballot this year and, for me, that is really exciting. 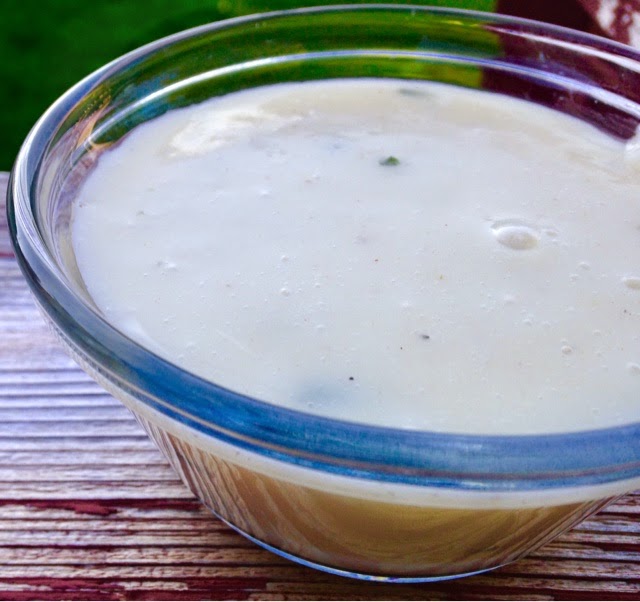 Ingredients
2 1/2 cups chicken broth
1 1/2 cups milk (I use 2%)
3/4 cup flour
1/2 tsp onion powder
1/2 tsp garlic powder
1/2 tsp black pepper
1 tsp salt
1/2 tsp dried  parsley
Instructions
Combine the chicken broth and 1/2 cup of the milk in a large saucepan. Bring to a low boil.
While broth is coming to a boil, whisk the flour and seasonings into the remaining 1 cup milk until it forms a thick smooth paste.
Pour the paste into the saucepan with the broth mixture over low heat and whisk continuously as the mixture simmers. Continue to simmer and whisk until the mixture is smooth and thick, 5-10 minutes. The mixture will thicken  as it cools.
Makes equivalent of 2 cans of soup.
Previous Post: « Homemade Boursin Cheese
Next Post: Chocolate Peanut Butter Pumpkin Bread »